The sailing ships not only sail recreational with guests. A few times a year everything is pulled out of the closet to see who is the fastest. These competitions are held throughout the Netherlands and many herald the end of the sailing season and have been organized for decades. Due to the wide variety of participants, the races provide a very nice overview of the Dutch sailing heritage. From the side it is a spectacle to see, but on board you experience it really well. For a moment, everything is sharpened: extra sails come on board, the standard crew is supplemented with boarders and experienced sailors and the ideal route is calculated.

Sail along as a pick-up

Many of these races are very suitable for sailing as a step-up. Before departure, it is of course explained how everything works by the professional crew. The skipper gives all guests a place on deck, so that you know what is expected of everyone. Of course we have to work hard to set the fastest time, because everyone wants to be the first to sail across the finish line. So you should not be afraid of a wet suit and sore hands. View all competitions here where you can sail as a boarder.

Sail along with the Kuiper Brandarisrace

The Cooper Brandaris race goes from Harlingen to Terschelling and is the largest race of its kind. It is a sporting competition between more than eighty clippers, barges, barges and other 'sailing monuments' that raise all sails at the end of the charter season to measure each other's strengths. It started in 1994 as a Harlinger party, but soon the ships came from all over the Netherlands to end the season with this race. There is sailing in different classes and as the name suggests the race starts offshore Harlingen and the imaginary finish line for Terschelling. The winners will be announced on Saturday evening, followed by a big party.

Sail along the Wadden Race

In the first full weekend of the month of November, the National Wadden Race Foundation on the western Wad this competition for traditional sailing ships. On Saturday morning, the ships prepare for the start from the port of Harlingen, to try to get hold of the Wadwimpel, in a sailing competition that takes to the ports of Den Oever, Texel (Oudeschild), Vlieland and Terschelling (in no particular order), to end in the harbor of Harlingen during Sunday. The experienced skippers will try to outdo their colleagues, sometimes on the cutting edge but always according to the requirements of good seamanship. The choice of the route is free. That is why tactics, knowledge of the ship, the Wad and the weather will partly determine profit; wind direction and current play an important role in the choice of the route. The special thing about the Wadden race is that it is also sailed at night, in November it can be quite tough, but the stars and the first dawn make up for everything.

De Clipper race found its origin in the pub after a discussion about who had the fastest clipper. And this resulted in 1975 in the first competition with 10 participants and grew into a full-fledged event in the following years. The race itself consists of two parts, the Three Cities Race and the Olympic track. The Three Cities Race is sailed on Saturday. This race starts with the spectacular anchor start in the Krabbersgat near Enkhuizen. Two of the three designated buoys must then be rounded. These buoys are located at Medemblik, Stavoren and Urk. The finish is in the Krabbersgat. The Olympic track will be sailed on Sunday. The two classes start one after the other and the courses partially overlap, so that the field stays together for the entire race. 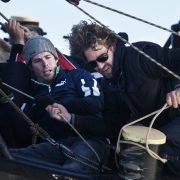 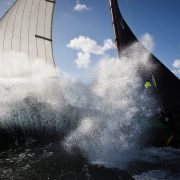 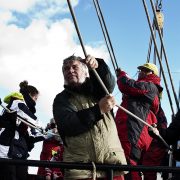 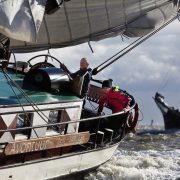 Sail along as a pick-up

Every year several sailing competitions are held with traditional sailing ships. Aachen, clippers and tjalken, among others, compete against each other at the end of the season on the IJsselmeer and the Waddenzee. Many of these races are very suitable for sailing as a boarding boat. There is a suitable race for every sailor. There are races that are only held during the day, but also races that last several days and therefore also take place at night. Before departure, the professional crew will of course explain how everything works. The skipper gives all guests a place on deck, so you know what is expected of everyone. Of course, you have to work hard to set the fastest time, so you should not be afraid of a wet suit and sore hands. 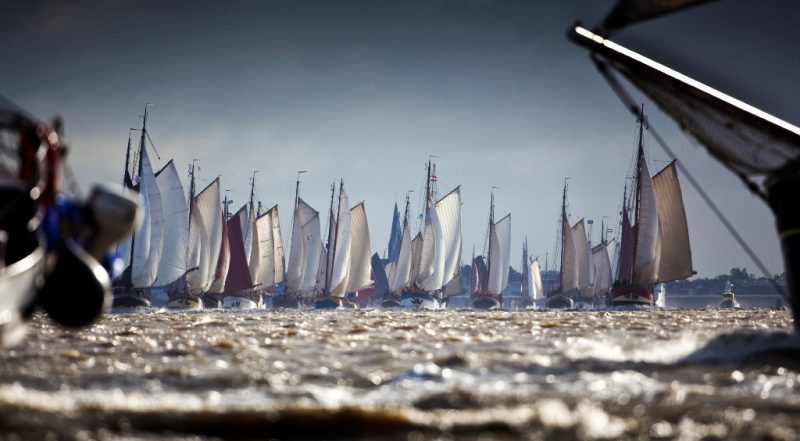