Your reservation is being processed ... 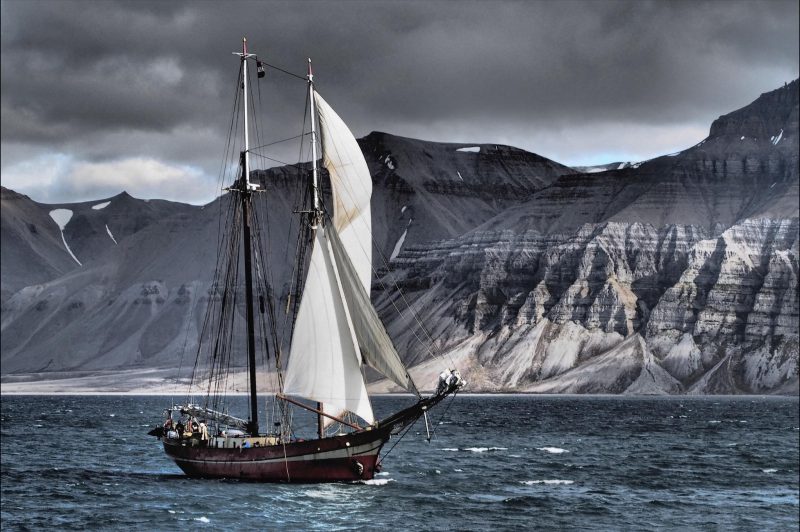 The vast expanse of the Isfjord is the ideal fjord to see the diversity of Spitsbergen in a short time. In addition to impressive glaciers, unique geological mountain formations, large bird rocks and rich animal life, it is home to a wealth of cultural heritage that has been well preserved for the past 400 years due to the cold climate. These industries, on the edge of what is humanly possible, have clearly left their mark here and offer a narrative insight into the past. These traces of human life and activity can be seen on the beaches in the fjords, showing how closely the landscape and people were linked. The history of Spitsbergen is about people of all nationalities who came to the island to discover and exploit its natural resources: from the early presence of whalers, miners in the 19th and 20th centuries, tragedies of explorers to the present day. Embark on a journey delving into the history of Spitsbergen via landings at Bohemanflya and Trygghamna, where we will visit Russian ghost towns and see geological wonders and breathtaking glaciers. With Arctic autumn approaching, the days shorter and the weather more turbulent, this trip offers the ideal opportunity to discover its cultural treasures. Due to the relatively short distances, this trip offers the opportunity to sail to the sights as much as possible, weather conditions permitting. During this journey, the transition from 24 hours of light to total darkness has begun so that we experience beautiful violet and other pastel shades in the sky in the morning and evening. The spectacular light at this time of year makes these trips ideal for photography enthusiasts. If you're lucky, you can even see the Northern Lights at night.

Programs may vary depending on ice, weather and wildlife conditions.
Flexibility is paramount in expedition cruises.

Day 1: Embarkation in Longyearbyen
You will arrive at the small airport of Longyearbyen, located about 15 minutes drive from the center of the town. Longyearbyen is the largest inhabited settlement in Spitsbergen and the world's northernmost inhabited city with over 1000 inhabitants. If you have the opportunity, a visit to the Spitsbergen Museum is an absolute must. Here you can delve into the history of the island, the coal mining industry, the wealth of unique Arctic animal species, scientific developments and the many polar expeditions. After the museum visit you can take a walk to the former mining town where you will find several shops with a collection of unique Arctic products and souvenirs. The Svalbard Global Seed Vault, which stores the global variety of agricultural crops, is also nearby.

The Reade Swan awaits you at the so-called 'floating pier' where you can embark from 16 pm. After a welcome from the captain, the mooring lines are released and you receive a comprehensive safety briefing from the crew. Afterwards you will enjoy a first delicious 3-course dinner on board, while the ship sets course towards Gipsvika Bay where it anchors for the night. At the anchorage, the first thing that catches your eye is the amazing view of the majestic Templet cliff, a particularly eroded peak of sedimentary rock formed about 290 million years ago. Gipsvika gets its name from the area where the gypsum can be easily seen in long white horizontal stripes in the plateau rocks.

Day 2: Ghost town of Pyramiden
After a nourishing breakfast, you will be asked to get ready for the first zodiac landing in Gipsvika. The Scottish mining company Scottish Spitsbergen Syndicate left its mark here in the early 20th century. Near the pebble beach you will find several cultural relics left behind by the mining company.

After landing, the ship sails deeper into the Isfjord towards the Russian settlement of Pyramiden. The city is named after the pyramid-shaped mountain next to the city that was founded by the Swedes in 1910. In 1927 it was sold to the Russians and, in addition to coal mining, it served as an example for Europe to show that a good communist society could exist. Thousands of men, women and children were sent here to live and work. After the fall of the Soviet Union, most inhabitants left the mining town abruptly and the traces they left behind have been extremely well preserved, partly due to the cold environment.

Day 3: Nordenskiöldbreen & Skansbukta
In the morning you will take a tour of the ghost town where you will notice that the communist style is still present. There is a large statue of Lenin's head in the main square, there are inscriptions in Russian and some old installations belonging to the former coal mine. After everyone is safely back on board, continue the journey to the Nordenskiöldbreen glacier, one of the largest glaciers in the Isfjord. Although the glacier has retreated greatly in recent years, it is still very impressive. Watch out for polar bears that have made an appearance here several times over the years! In the evening you arrive in beautiful Skansbukta where the ship finds a safe anchorage in the sheltered bay for the night.

Day 4: From Kapp Thorsden towards Trygghamna
In the morning, the crew plans a landing at Skansbukta where you can see how the landscape and historical monuments are inextricably linked. Among the impressive cliffs are the remains of the plaster mine that once operated here, a cottage and a battered wooden boat, which was probably used to transport the plaster from the land to a larger transport ship. The remnants of mining in Skansbukta are declining sharply and nature is slowly reclaiming its land.

While the helmsman sets course for Trygghamna, the ship sails past Kapp Thorsden, a location where much scientific research and mineral extraction has taken place. On this cape you will find Spitsbergen's oldest house, the Svenskehuset from 1872, where the famous 'Svenskehuset tragedy' took place. The expedition leader can certainly tell you more about this when the ship sails past the cape. In the evening the ship anchors in the sheltered bay of Trygghamna.

Day 5: Birdcliff Alkhornet and Barentsburg
After breakfast you will visit Trygghamna where we find the oldest traces of human activity in Svalbard. The remains of a 17th-century English whaling station and the remains of the blubber kilns can be seen here. After the Western Europeans left, the Russian Pomors took over this area. Their activity was mainly focused on hunting walruses for its products and hides. The remains of this 18th century Pomor (Russian hunter) hunting station can still be found here. From here, the group will hike to the 428m high Alkhornet Cliff, where some 10.000 pairs of different seabirds breed. The cliffs are composed of carbonate rock, which is over a billion years old.

Depending on the availability of a berth in the port of Barentsburg, the ship will sail towards the Russian mining settlement after a hot lunch. The town (a former Dutch mining settlement) was named after William Barents in 1924 by the Dutch Spitsbergen Company. At the end of the afternoon you take a short walk through Barentsburg where the guide shows you the sights of the mining town.
From the dock where the ship is moored, you will have to climb some 140 wooden steps before walking down the main street. Here you will see that the Soviet period has left its mark. In the middle of the city is a life-size bust of Lenin, billboards with pictures of workers and modernist Soviet buildings. You will also find the world's most northerly brewery and the Pomor museum. In the evening you can enjoy the locally brewed beers and Russian snacks with part of the crew.

Day 6: Visit to bird cliff Alkhornet and Barentsburg
After breakfast there is a visit to Trygghamna. If there is a good place to land in the port of Barentsburg, the journey continues to the Russian mining settlement.

Day 7: Sailing towards Longyearbyen
In the morning the crew makes a final landing at Cape Bohemanflya. Here you will find a piece of Dutch history in the form of the former Dutch mine in Rijpsburg. It was expanded by the Dutch in 1920 with huts for mining. Because the coastal waters here are very shallow, the Dutch found that transporting coal here was very difficult. In 1921 it was therefore decided to transfer the activities to Barentsburg. Here we visit an old hut from 1900 and the foundations of the removed huts. You are expected back on board around dinner time. The rest of the evening you can enjoy the last night with the crew and fellow travelers.

Day 8: Farewell
The adventure through the Arctic landscape of Spitsbergen is over. After a hearty breakfast, check-out is around 09:00.

You sail with the Reade Swan 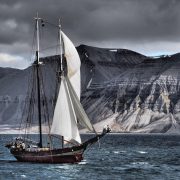 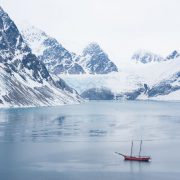 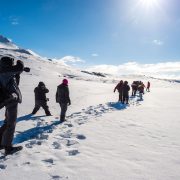 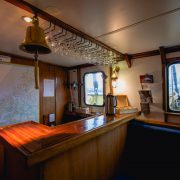 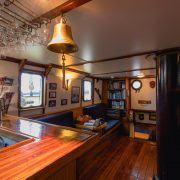 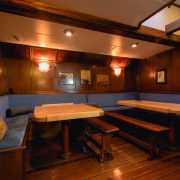 More about the Reade Swan
Book this sailing trip

Back to travel overview 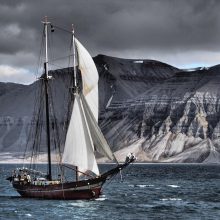 If you have a more general question then look at our FAQ section. Maybe your question has already been answered.